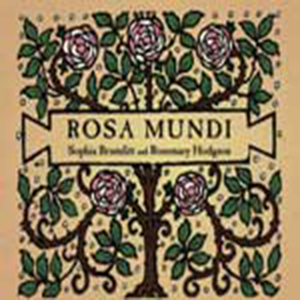 Italian and English Lute songs from the beginning of the 17th century feature in this beautiful recording by Rosa Mundi.   ORDER NOW>>>   You can purchase this Disc from me

Rosemary and Sophia met at the Royal College of Music in London in 1998, where they were undertaking Post Graduate studies in Early Music. In 2001 they formed a duo – <strong>Rosa Mundi </strong>– to explore music for plucked strings and voice. They received a grant through the Ian Potter Cultural Trust in 2001 for Rosemary to return to the UK to perform with Sophie and undertake masterclasses with Dame Emma Kirkby in Sweden. In 2002, Sophia travelled to Australia and they performed to audiences in Melbourne, Geelong and Albury to great acclaim. In 2005 and 2006, Rosemary toured the UK with Sophia again this time including such prestigious festivals as the Norfolk and Norwich Festival, the Salisbury Festival and St David‟s Festival in Wales. During this time the duo recorded this self-titled debut CD, Rosa Mundi, which was released in 2006.

‘Rosa Mundi show a powerful commitment to authenticity, both historical and emotional, with songs and solos for Lute and Theorbo.’

‘…exciting duo breathe life into the music of a gentler age, with a subtle and feminine touch. In this new c.d. they explore the exquisite music that bridges the English Renaissance and Italian Baroque styles in and intimate and atmospheric recording…’